Since 2017, the 140 member countries of the Inclusive Framework have been jointly developing a ‘two-pillar’ approach to address the tax challenges arising from the digitalisation of the economy. Two detailed ‘Blueprints’ were published in October 2020 on potential rules for addressing nexus and profit allocation challenges (‘Pillar One’) and for global minimum tax rules (‘Pillar Two’). Political agreement on key aspects of the proposals was reached by the G7, G20 and many of the OECD Inclusive Framework countries in June/July 2021.

The updated Inclusive Framework Statement shows progress in relation to some of the political questions that remained from the agreements reached in July. The most important developments are the negotiations that have allowed Ireland, Hungary and Estonia to sign up to the agreement, making an EU Directive on Pillar Two to implement the OECD proposals more likely. These include determination of the global minimum rate for the Income Inclusion Rule and Undertaxed Payment Rule as 15% (removing ‘at least’ in relation to the rate). The rate for the Subject to Tax Rule, the enhanced withholding tax for developing countries only, is agreed at 9% (removing the range 7.5%-9%).

Other areas of clarification include the amount of profits to be reallocated to market countries under Amount A of Pillar One – set as 25% of residual income above a deemed routine return of a 10% profit margin on sales.

The negotiations have led to agreement that no new Digital Services Taxes (‘DSTs’) will be introduced (unless Pillar One’s Amount A fails to be implemented by the end of 2023). This is significant, as a number of countries had announced the intention to look at unilateral measures. The Canadian Finance Ministry, for example, has confirmed that its proposed DST will be legislated but will only apply from 1 January 2024 if the Amount A rules are not in force (but will in that case be backdated to 1 January 2022). This is designed to maintain the focus of key countries, such as the US, in getting domestic approval for the Amount A changes in 2022.

The updated Statement also includes an implementation plan that reflects commitment to the ambitious and challenging objective of implementation in 2023. This includes model legislation and commentary on Pillar Two by the end of November 2021 and treaty clauses (for a new multilateral instrument) and explanatory notes for Amount A by early 2022. Implementation of the Undertaxed Payment Rule will be deferred by one year, to 2024, to allow time for countries to enable the Income Inclusion Rule to take effect in domestic regimes before the ‘backstop’ is invoked (learning from the implementation of country-by-country reporting and the complexities of local filing).

These political and timing points aside, the Statement does not answer the difficult technical questions that the OECD Inclusive Framework has been grappling with over the summer and which businesses, understandably, see as important. Notably for Amount A this includes how the ‘paying entity’ that has to exempt or give credit for amounts allocated to market countries will be determined, and for the Income Inclusion Rule and Undertaxed Payment Rule of Pillar Two includes how timing differences will be dealt with (a modified deferred tax approach or excess tax credit carry forward being options under consideration). There are also no further clarifications on definitions, such as how the exclusions for extractives and regulated financial services will be applied. There are no updates on Amount B (the transfer pricing marketing and distribution return baseline reward) apart from to say that the OECD will work first on scope. Businesses are keen to see these points resolved.

For Pillar Two these areas will have to be resolved by the end of November 2021 for the release of model legislation and explanatory notes. For Pillar One Amount A, early 2022 will be the latest possible date for resolution, and for Amount B it will be the end of 2022.

The OECD Statement says that there will continue to be consultation with business ‘within the constraints of the timeline’. There has been only limited business consultation on technical matters for 12 months while government-to-government political negotiations have been continuing, and many businesses will want an opportunity to comment on detailed technical provisions before they are legislated. The challenging timeline suggests that consultations may have to remain limited, which will increase the risk of frictions and kinks in the rules that will need to be resolved post-implementation.

The most important remaining political challenge is the US domestic approval of the rules, in particular those related to Amount A. US Treasury Secretary, Janet Yellen, issued a statement saying that ‘This deal paves the way for Congress to enact those proposals, and I’m hopeful they’ll do so swiftly though the reconciliation process’. This will be an area that businesses will want to monitor closely in early 2022.

The OECD estimates that under Pillar One, taxing rights on more than USD 125 billion of profit will be reallocated to market countries each year. The global minimum corporate income tax under Pillar Two is estimated to generate around USD 150 billion in additional global tax revenues annually. The Inclusive Framework countries that have not yet agreed to the proposals are Kenya, Nigeria, Pakistan and Sri Lanka.

Amount A will apply to multinational businesses with global annual turnover above EUR 20 billion and profitability above a 10% margin, calculated using an averaging mechanism. Businesses in the extractive and regulated financial services sectors are excluded from Amount A. The global annual turnover threshold will be reduced to EUR 10 billion in the future, depending on a successful implementation of Amount A, including in respect of tax certainty. A review to determine the success will be undertaken seven years after the rules enter into force (so expected to be in 2030).

Removal of all digital services taxes

The introduction of Amount A will be coordinated with the removal of all digital services taxes (DSTs) and other relevant similar measures on all companies. Transitional arrangements are being discussed. Agreement has been reached that, effective immediately, no new digital services taxes will be imposed on any company (unless Amount A fails to be implemented by the end of 2023). A detailed definition of what constitutes a relevant similar measure will be included in the multilateral convention to implement Amount A and its explanatory notes.

Further work will be undertaken to simplify and streamline the pricing of ‘baseline marketing and distribution activities’ undertaken by related party distributors, starting with work to define the scope.

New rules will ensure that large multinational businesses pay a minimum effective rate of tax of 15% on profits in all countries. The Income Inclusion Rule will result in additional ‘top up’ amounts of tax being payable by a parent entity of the group to its tax authority.

The Undertaxed Payment Rule will apply as a secondary (backstop) rule where the income inclusion rule has not been applied. Groups with a maximum of EUR 50 million of tangible assets in overseas countries and which operate in no more than five overseas countries will be exempt from applying the rule for up to five years.

Multinational groups with consolidated revenues of EUR 750 million will be in scope, but countries will be free to apply lower thresholds to groups headquartered in their country. The allocation method for top-up taxes under the undertaxed payment rule, including in respect of low taxed profits in the country of the ultimate parent, remains to be agreed.

A formulaic substance carve-out will exclude income that is a 5% return on tangible assets and payroll. A transition period will apply during which 8% of the carrying value of tangible assets and 10% of payroll will initially be excluded, declining gradually over a ten-year period to 5%. There will also be a de minimis exclusion in respect of countries where a group has revenues of less than EUR 10 million and profits of less than EUR 1 million, and an exclusion for international shipping income.

The Subject To Tax Rule will allow limited source taxation on related party interest, royalties and a defined set of other payments. The rule will be incorporated into bilateral tax treaties by countries that apply nominal rates of tax below a minimum rate to such receipts where requested by developing country members of the Inclusive Framework.

The taxing right will be limited to the difference between the subject to tax minimum rate of 9% and the tax rate on the payment.

Model rules for domestic legislation to implement Amount A will also be developed by early 2022. Final deliverables will be released by the end of 2022 for Amount B.

Model rules to define the scope, mechanics and administration of the Income Inclusion Rule and Undertaxed Payment Rule, and a model treaty provision to give effect to the Subject to Tax rule, will be developed by the end of November 2021. The model rules will be supplemented by commentary. A multilateral convention to facilitate the adoption of the Subject To Tax Rule in bilateral treaties will be developed by mid-2022.

The two-pillar solution will be discussed by G20 Finance Ministers at their meeting on 13 October, and G20 Leaders at the G20 Leaders’ Summit on 30-31 October.

Deloitte’s EMEA Dbriefs series will hold a webcast on 25 October 2021 at 13:30 BST / 14:30 CEST to discuss the proposals. For more information and to register visit www2.deloitte.com/uk/en/pages/dbriefs-webcasts. 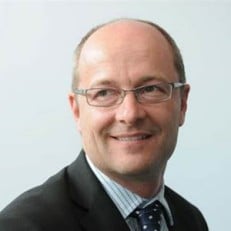