Why European case law will continue to play an important role

On 31 December 2020, the Brexit transition period came to an end and the UK ceased to be bound by EU law. We are now in a new world, where existing EU law and applicable case precedent has been converted into domestic law (‘retained EU law’) and the supremacy of the CJEU has ceased.

Whilst we have left the EU, EU law remains intertwined with domestic law by virtue of the European Union (Withdrawal) Act 2018 (‘the Withdrawal Act’) and, as explored below, EU law and the approach of the European Court will continue to be relevant and influence indirect tax disputes in the UK going forward.

Please note for the purposes of this article, ‘pre-exit’ and ‘post-exit’ mean the periods before and after the end of the transition period, i.e. 11pm UTC on 31 December 2020.

The provisions of the Withdrawal Act provide for retained EU law, which includes relevant cases of the CJEU issued pre-exit, to be subsumed within domestic legislation so that it continues to have legal effect. Section 6(3) provides that EU law and case precedent, “so far as unmodified” and “so far as they are relevant” is relevant to UK courts in that they are expected to determine cases concerning retained EU law “in accordance with” pre-exit case law and any “retained general principles of EU law” as they existed pre-exit.

For as long as retained EU law remains in existing UK law, any questions as to the meaning of EU law will be determined by reference to pre-exit CJEU case law, subject to two important exceptions:

The Supreme Court and Court of Appeal have the ability to depart from pre-exit CJEU case law if they feel it is “appropriate to do so”. This means that until either of these senior courts decide to depart from the principles in a pre-existing CJEU case, then the UK courts will continue to follow pre-exit CJEU judgments.

UK courts and tribunals are only bound to follow pre-exit CJEU case law which is unmodified. Where parliament modifies retained EU law, for example, if new legislation is passed, then the binding effect of the retained EU law and relevant CJEU case law with regard to that specific modification, will no longer apply.

It is also important to bear in mind that in leaving the EU, the general jurisdiction of the CJEU in the UK has ended (subject to a few limitations, discussed below). Practically this means that retained EU law and pre-exit CJEU case law will be binding on the UK courts and tribunals even if the CJEU subsequently diverges from the pre-exit position. As discussed further below, in those circumstances, the UK courts and tribunals may have regard to the post-exit decisions, but unless EU retained law is otherwise modified, only the Supreme Court and Court of Appeal can determine whether those decisions are a persuasive factor in order to depart from existing retained EU case law.

It remains to be seen what reliance UK taxpayers can place on the direct effect of pre-exit EU law where the relevant provisions of the Principal VAT Directive are not part of EU retained law as defined by the Withdrawal Act.

Under the Withdrawal Act, the CJEU no longer has general jurisdiction over the UK in relation to any acts that take place on or after 1 January 2021. However, there are some exceptions, and the CJEU jurisdiction will continue in some areas, including the following:

Any UK cases pending before the CJEU at the end of the transition period (including decisions on appeals) will fall within the CJEU’s jurisdiction until they are finalised. For example, the Zipvit case which was referred to the CJEU on 1 April 2020, is still of relevance and the UK will still be bound to accept and implement any ruling made on these references, even though they will be determined after 31 December 2020.

2. Interpretation and application of the Withdrawal Act

3. Breaches of EU law that took place during the transition period

Article 87 of the Withdrawal Act states that the European Commission has four years from the end of the transition period to bring infringement proceedings against the UK for breaches of EU law that took place during the transition period. Such action would be brought before the CJEU for determination and the Court's judgment will remain binding on the UK.

UK courts and tribunals are not bound by CJEU decisions made after 31 December 2020 (except, as noted above, those which were referred from the UK pre-exit). However, that does not mean the UK cannot look to Europe for guidance. Under the terms of the Withdrawal Act, all domestic courts may have regard to post-exit CJEU judgments when construing retained EU law (section 6(2)).

The extent to which the courts will have regard to post-exit CJEU case law is left largely open. However, where the UK’s system still mirrors the EU system (which it is likely to do for some time, at least before modifications and legislative changes are introduced) then it might be reasonable to expect post-exit CJEU decisions to be treated as persuasive authority.

The ability of UK courts and tribunals to take guidance from the judgments of other courts around the world already exists, albeit has only been used in limited circumstances where there has been a lack of guidance available from domestic and EU case law. The future interaction between the UK courts and CJEU can be expected to be similar. Given there will remain ties between UK and EU law, a significant amount of common ground is likely to exist for insight and interpretation. Therefore, the expectation is that post-exit, CJEU judgments, at least in the short term, will be of continuing relevance. Whilst the persuasive force of such judgments is likely to depend on the facts and circumstances of the individual case, CJEU judgments could be referenced in pleadings at the UK courts or tribunal in instances where UK law is not sufficiently clear and EU law can provide further guidance. That said, it should be noted that the persuasive effect of post-exit CJEU judgments is likely to diminish where UK law diverges from EU law over time.

The judgments of the CJEU remain important to the application of retained EU law in the domestic courts and tribunals. Insofar as pre-exit judgments are concerned, these remain part of the fabric of UK law until such time as either parliament or the superior courts modify it.

Post-exit day CJEU judgments remain informative. Taxpayers and advisers would be well-advised to continue to monitor decisions of the CJEU and, in a situation where a VAT matter is being disputed or debated, proactive reference to post-exit day judgments may be of assistance in resolving the matter.

The application of the Withdrawal Act, and the validity of statutory instruments made under it, is likely to be subject to much judicial consideration over the next few years. It remains to be seen what guidance the UK legislature and judiciary will take from post-exit day developments in the EU, but it can be expected that CJEU judgments will remain relevant, at least for the near future.

Furthermore, there will be situations where businesses are operating in both the UK and EU jurisdictions, so the European approach will continue to play its part. In those circumstances, it will be crucial to understand the differences between the two bodies of law and the effect that such differences may have on a business’ operations. 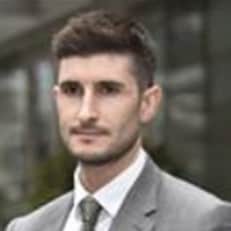